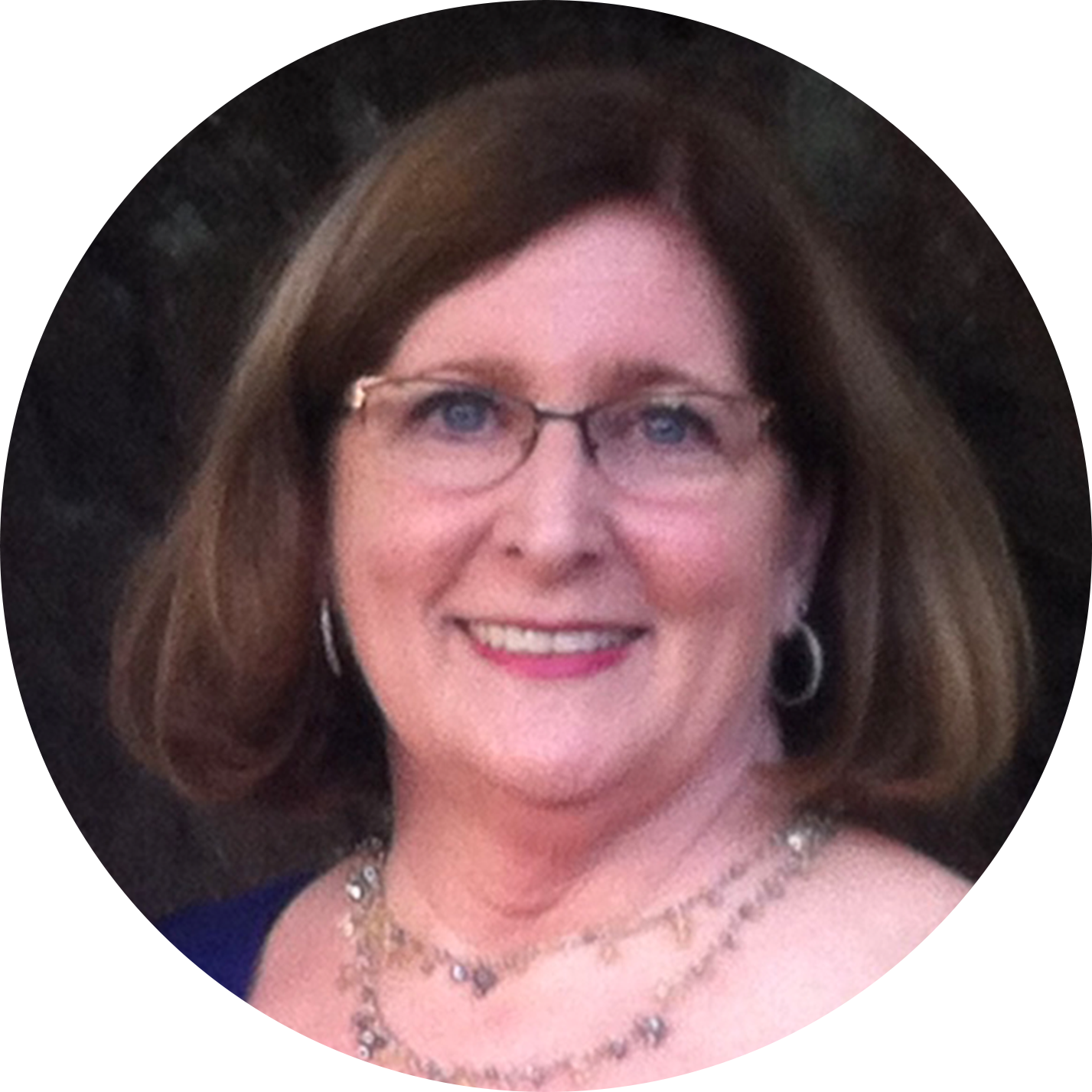 Valerie has been a member of the FIC Board since 2016. She has over 20 years’ experience as an accomplished professional and family leader with working knowledge of State Medicaid agency regulations, behavioral health and physical health service delivery system and operations, as well as principles of system of care and licensure regulations. During Valerie’s tenure, she has worked for two family-run organizations, Department of Health Services and the Arizona Health Care Cost Containment System (AHCCCS). In addition, Valerie has extensive knowledge in grants management, contracts, proposals, as well as foster care and adoption. Valerie is a parent of two adult children. She began working in the behavioral health system with the fostering and subsequent adoption of an older child and an infant with substance exposure in 1999. Valerie is also the Chairperson for the State Foster Care Review Board and has been a member since 2011. 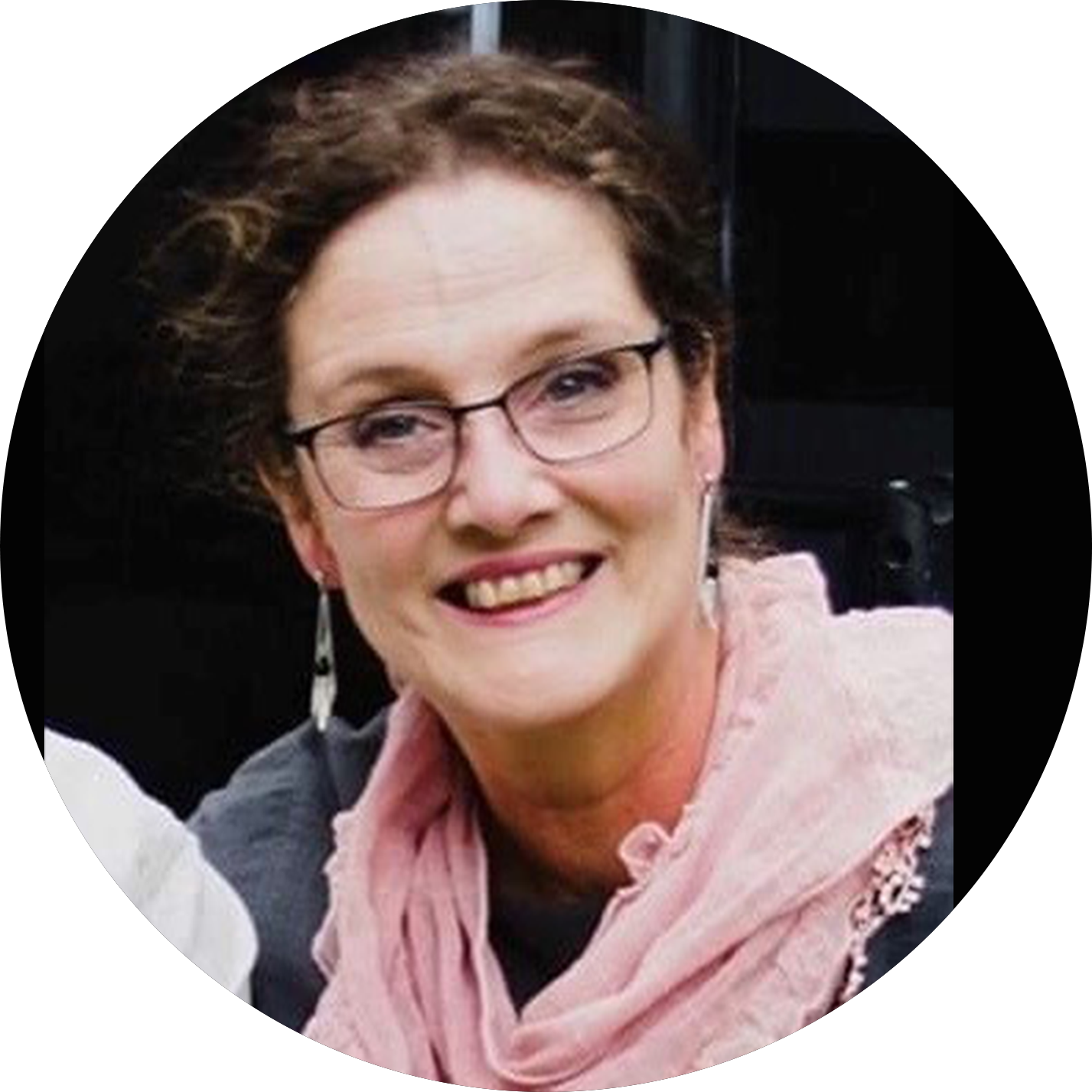 Paula joined the FIC Board as a parent representative in February 2021. The parent of two adult children, one of whom received a diagnosis of a serious mental illness at age 11, Paula first encountered FIC after she invited FIC to speak about children’s behavioral health services at a NAMI course. As she and her husband had mostly navigated the behavioral health system alone for five years, she was thrilled to discover FIC’s mission and immediately submitted her application to work as a Parent Peer Support Partner. A long-time resident of Flagstaff, Paula served many years as a National Alliance of Mental Health (NAMI) Family Group Facilitator, a State Trainer for Family Group Facilitators, and instructor for NAMI Basics. 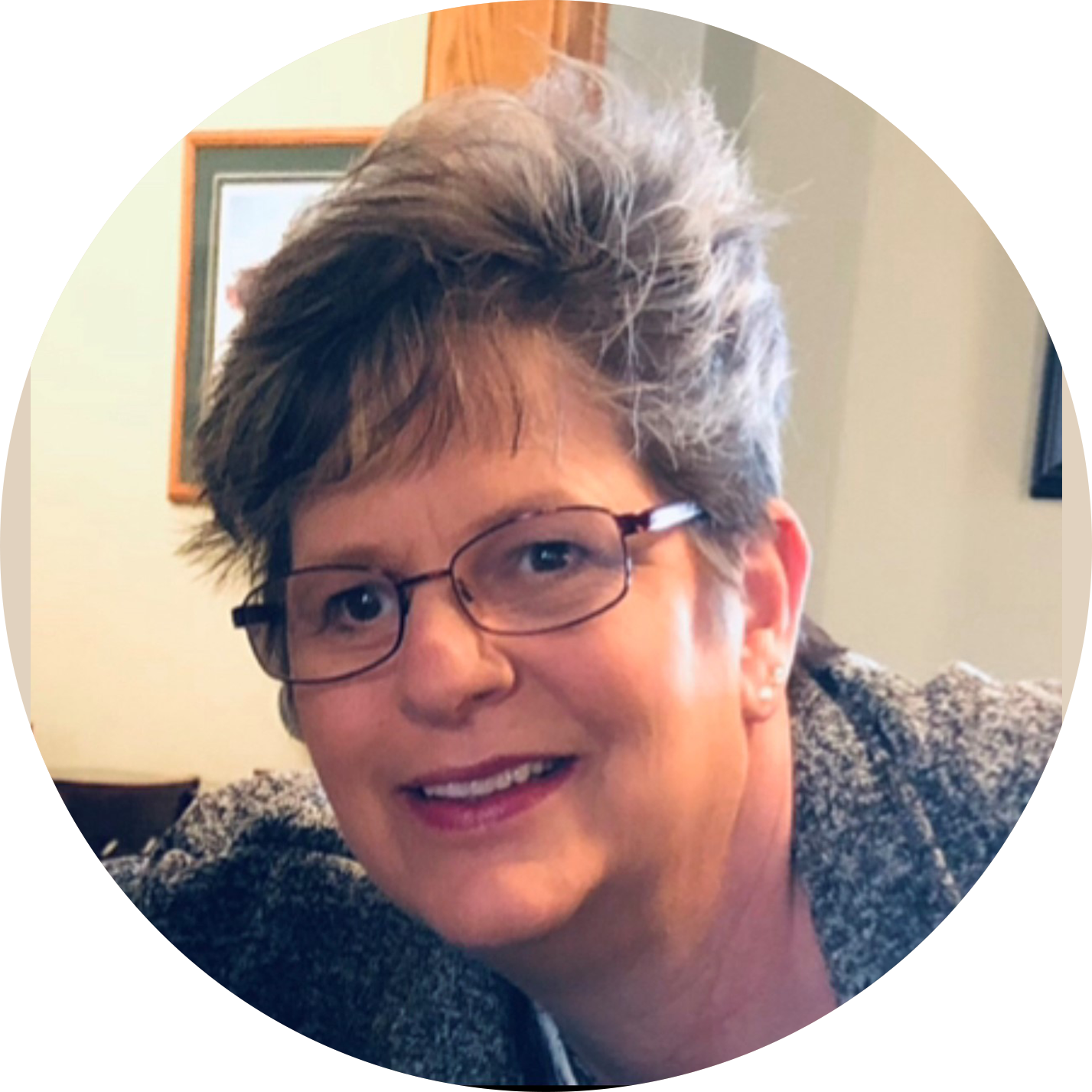 Patti Ritchie-Williams, LBSW, CCTP has a strong passion for helping others. Over the past three decades she has served her community through roles within child welfare, behavioral health and crisis services. Patti has kept a focus on services for children, with special attention to children in the foster care system. The first decade of her career, Patti worked with the older foster children teaching life skills. She was responsible for creating and operating three transitional living homes in Central Phoenix for girls aging out of foster care.As a social worker and strong advocate for innovation and collaboration, Patti has been instrumental in the transformation of the Maricopa Crisis System over the past decade. Currently, Patti is the Director of Behavior Coaching and Crisis Services at Jewish Family & Children’s Service (JFCS) in the Phoenix area. 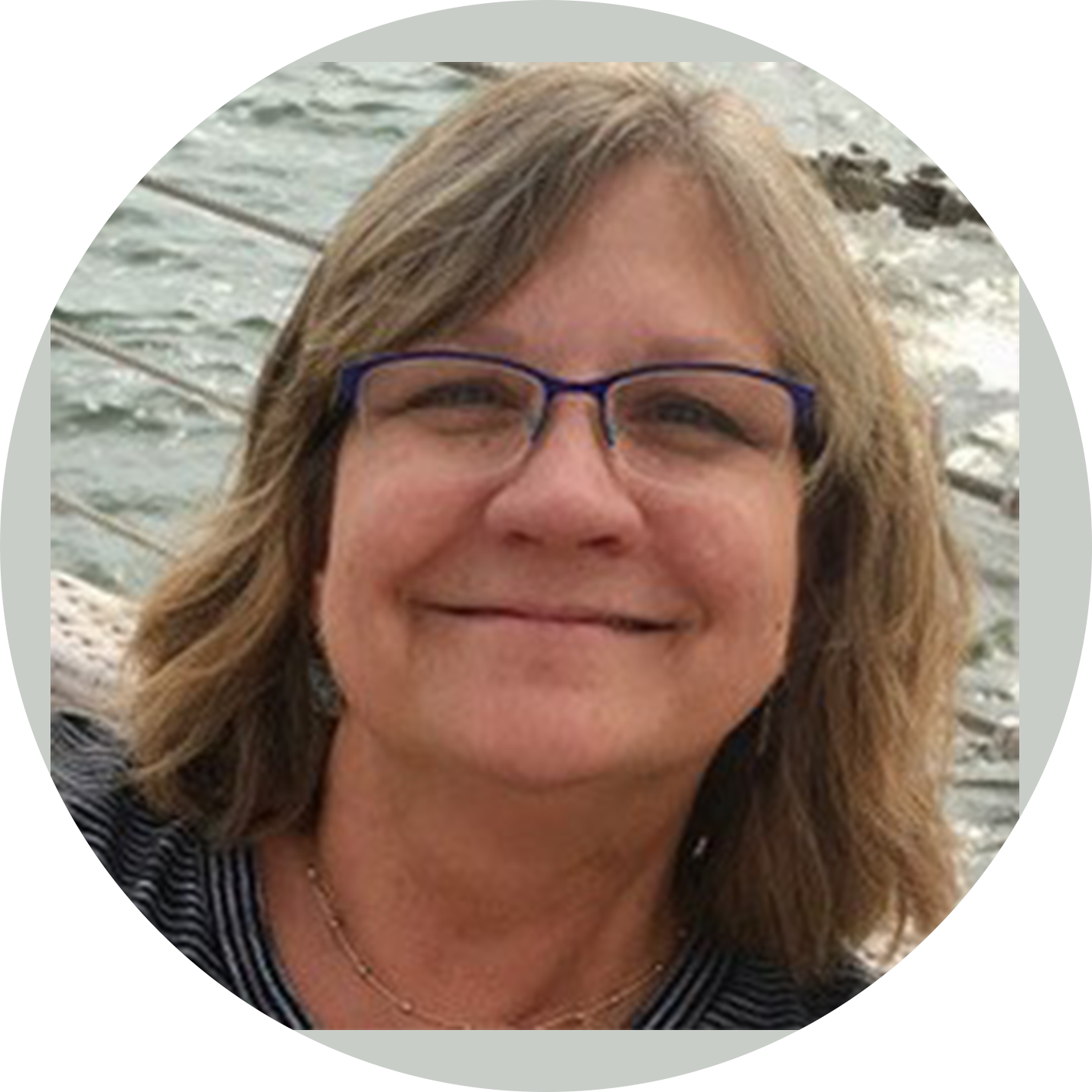 Karin Kline has 35 years of professional experience working in child welfare in Arizona. Currently, she is the Child Welfare and Juvenile Justice Initiatives Director at FIC. Karin is responsible for creating and developing programs that provide services to children and adults who have Department of Child Safety and juvenile justice involvement. In 2020, Karin led FIC’s efforts in obtaining federal grant funding from the Human Resources and Services Administration to increase the number of peer support providers in health care who are in recovery from opiates and other substances, and have been involved in the child welfare system. Karin has a deep understanding of working with people who have suffered from traumatic incidents and is a recognized expert in litigation involving child welfare practice. 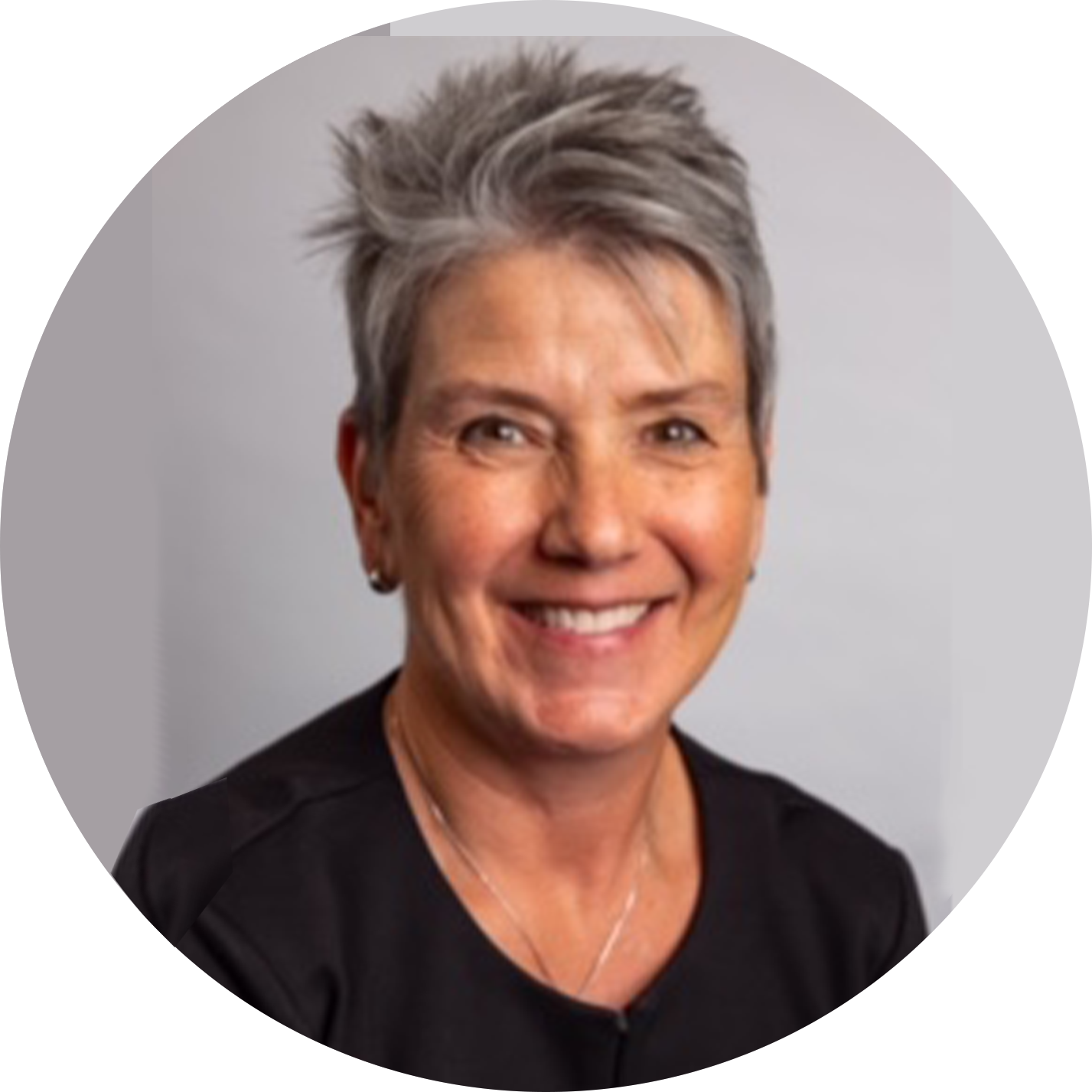 Robin Trush is a seasoned health care leader having held administrative positions for the Arizona Department of Health/Division of Behavioral Health, medical and behavioral health managed care organizations and within provider organizations. For several years, she guided technology advancements in over 20 states as a Clinical Project Manager for an electronic health record company. Today, she is a healthcare consultant, focusing on technology, operations, project management and business analytics. She is currently the Vice President of the Board. 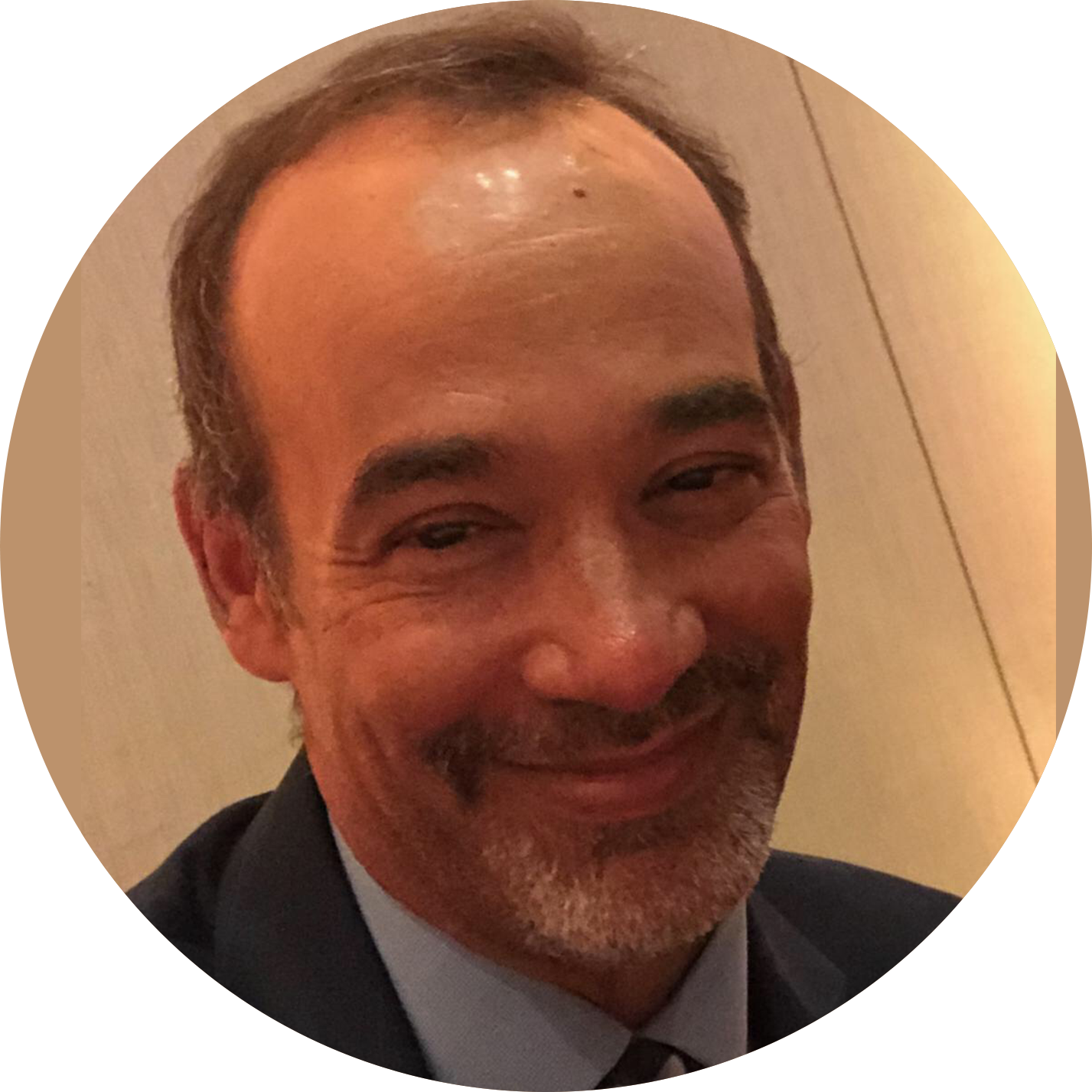 Steve Lazere has worked for nearly 25 years in child welfare, behavioral health and the court system supporting children and their families. Steve began working with FIC in 2007 through his work in addressing the behavioral health needs of children in the foster care system and is committed to the mission of FIC. Steve has a B.A. in Sociology from the University of Northern Iowa and and an M.S.W. from Arizona State University. Steve’s passion for helping others was instilled early on by his parents and especially his mom, who has been a social worker for 45 years. 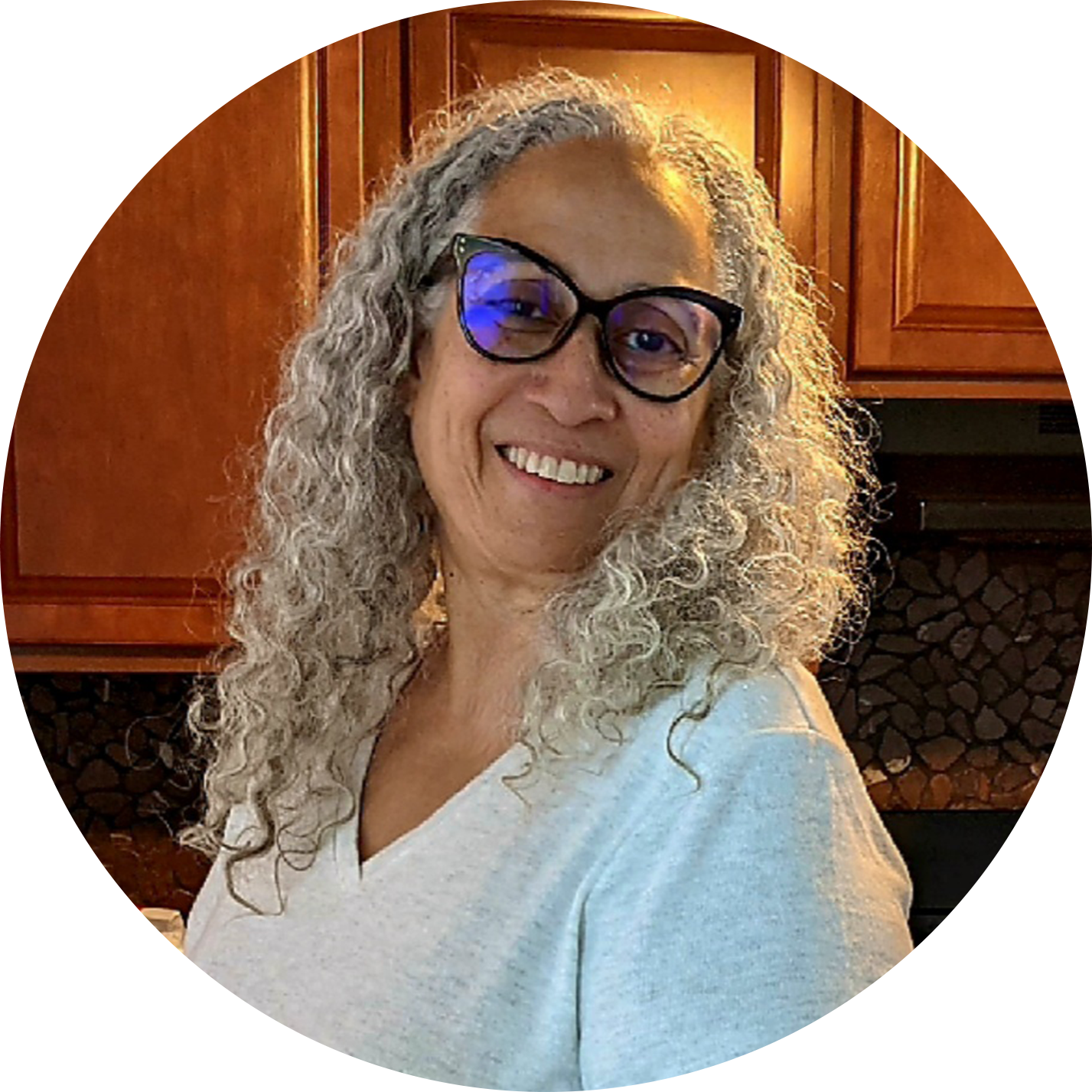 Deidre Calcoate is an adoptee, a family member, the proud mother of an adopted child with big behaviors and grandmother to three wonderful grandchildren. She met Jane Kallal over 12 years ago and immediately felt at home at the Family Involvement Center. Over the years Jane and other members of the FIC family have been a parent partner to her and have taught a tremendous amount about peer support, family involvement, advocacy and the behavioral health system. She has had several roles with FIC as a board member, employee and friend. Her career, besides working for FIC, has been in both the child welfare and human services state agencies. 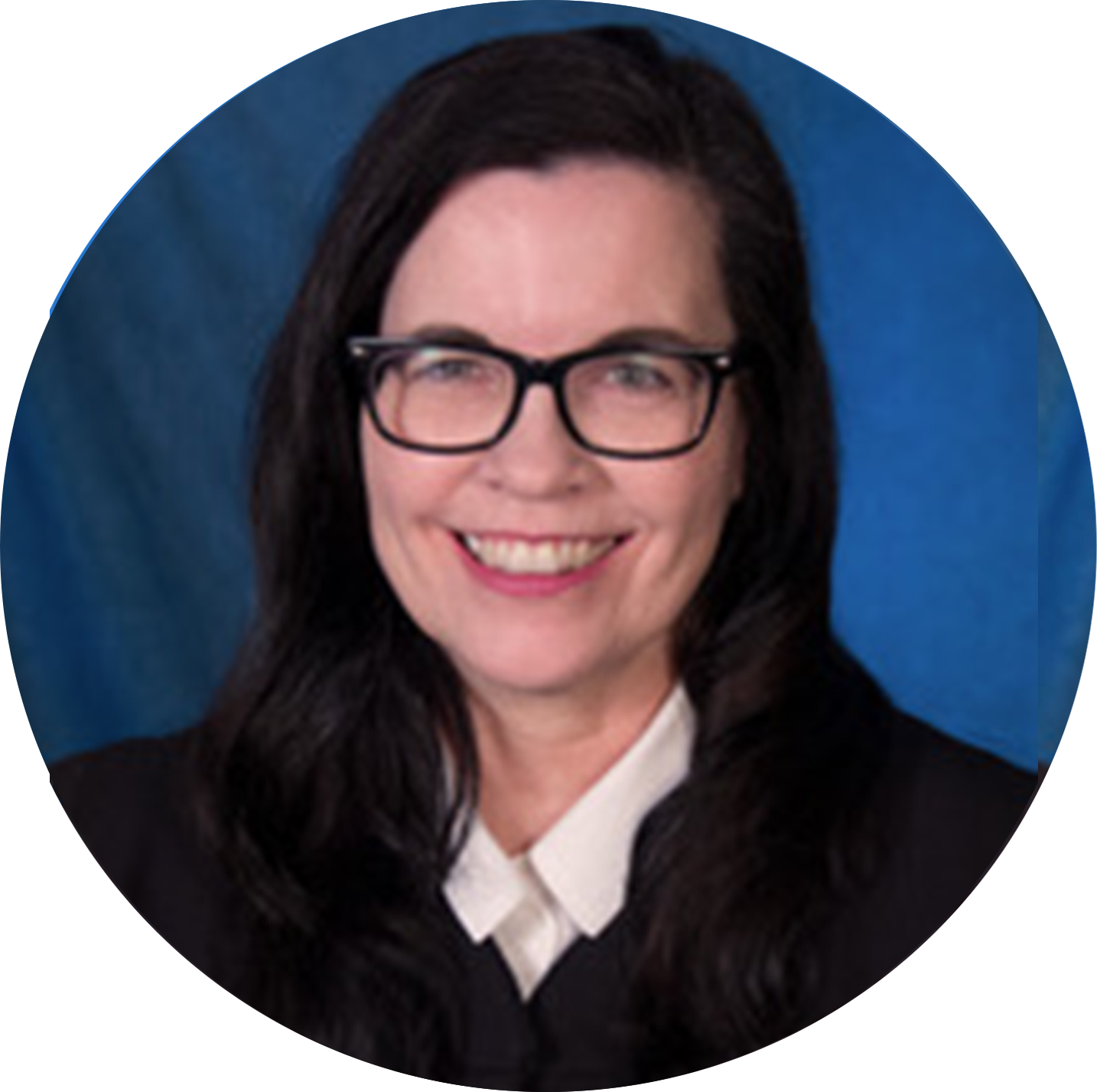 Judge Colleen McNally retired as a Superior Court Judge for the State of Arizona in Maricopa County in September 2017. Prior to her appointment to the bench, she was a public lawyer serving in the Maricopa County Attorney’s Office, the Office of the Attorney General for the State of Arizona and the Maricopa County Public Defender’s Office. As a superior court judge, she served in all of the major court departments. Judge McNally served the judicial branch as the chair of the Committee on Juvenile Court. While on the juvenile bench, Judge McNally recognized the value of Family Involvement Center as an exceptional community resource to help connect parents and families to the court, as well as to other child-serving agencies. 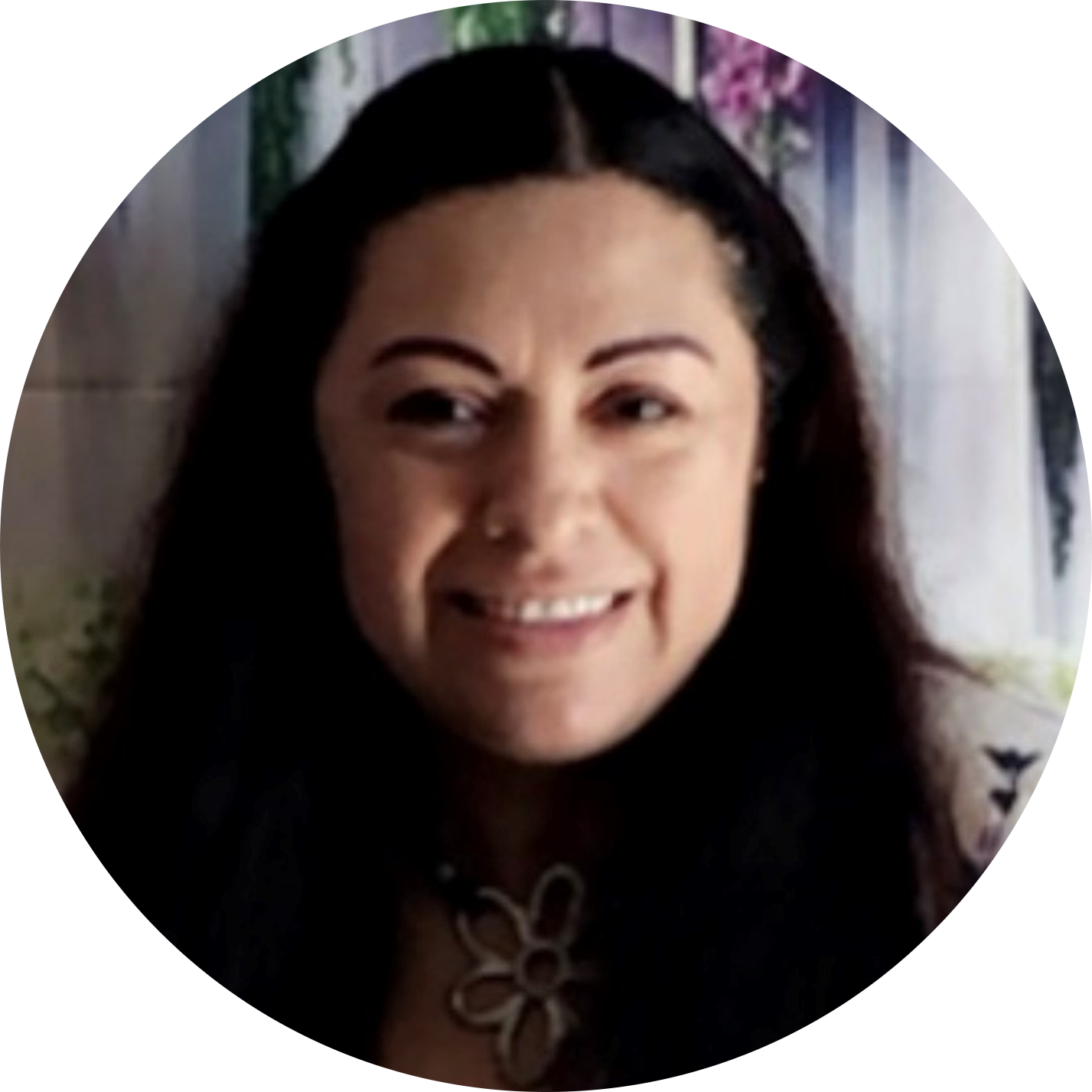 Susana Sanchez became a FIC board member in 2019. She is a mother of three and began her journey with the behavioral health system with her youngest son in 2008. She gained knowledge through FIC and participated in a variety of courses. She went on to work with FIC as a Parent Support Partner for six years and facilitated the Spanish Support Group. She has experience navigating the school system with IEPs, as well as with DDD and DES. 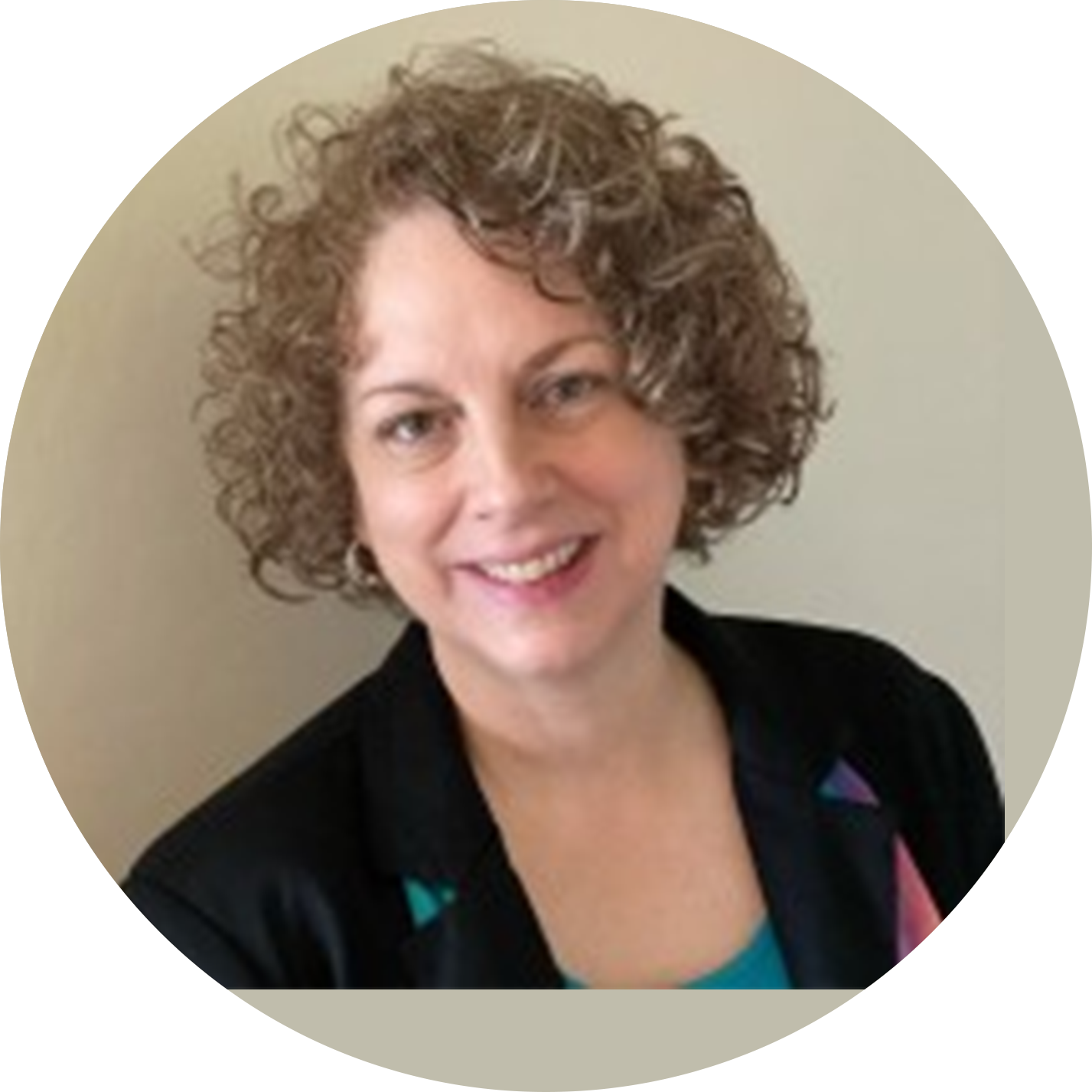 Sabrina Ayers Fisher gives voice to parents and their children in the court process to ensure rights are protected and heard. She earned her law degree from The Dickinson School of Law at Pennsylvania State University. During her 24 years as a trial attorney, she has been a prosecutor in juvenile and adult courts, advisory counsel at the Department of Juvenile Corrections, and an assistant attorney general representing the (now) Department of Child Safety. She also has extensive experience representing parents and children in cases involving dependency and mental health issues. Currently, Sabrina is an attorney at the Defense Advocate Office of the Salt River Pima-Maricopa Indian Community. 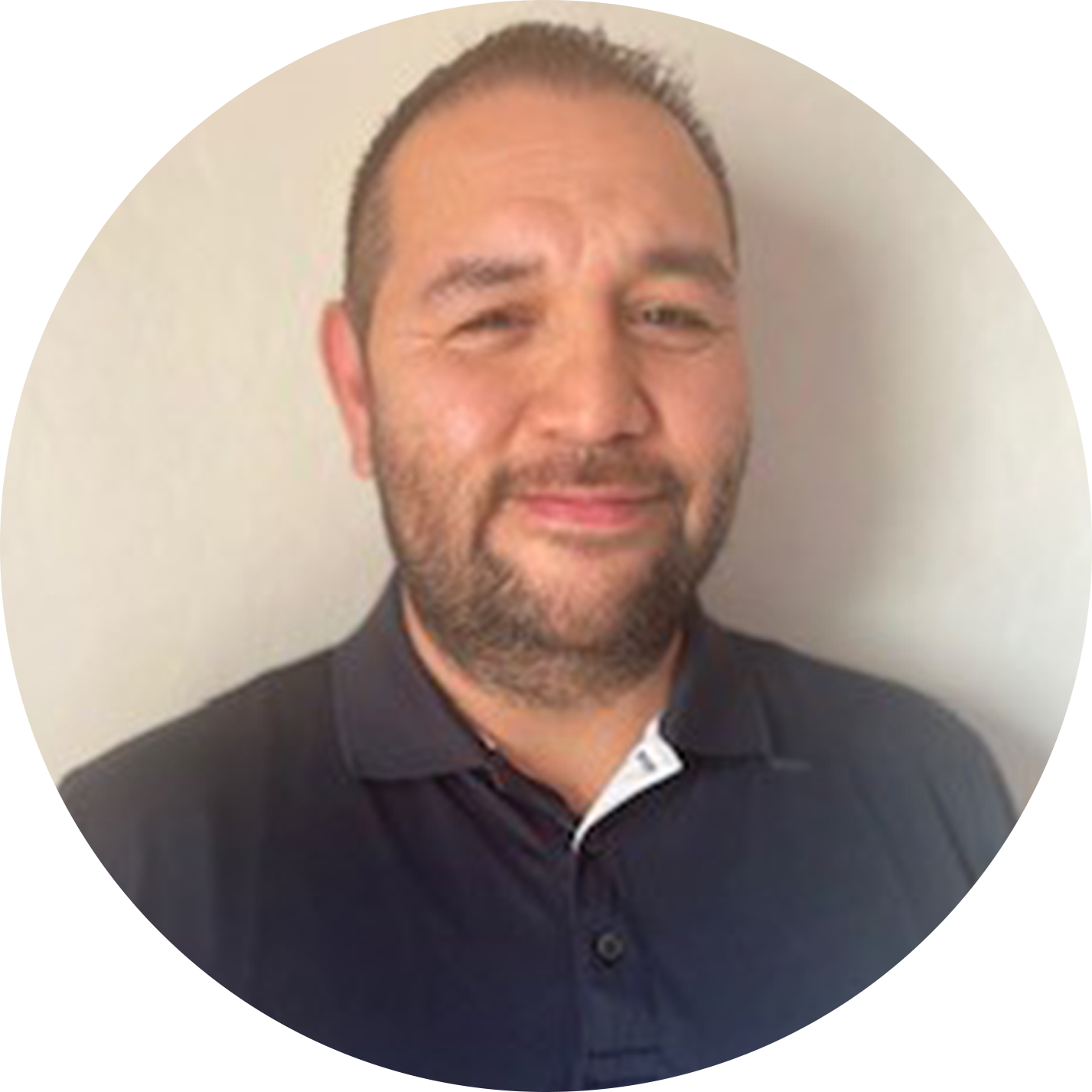 Damian Valenzuela has been working in behavioral health since 2009 when he graduated with his undergraduate degree at ASU in pre-med and family studies. He began his journey as a Direct Support Specialist, where he gained knowledge into behavioral health, and worked to support his parents by finding creative ways to meet their family’s needs. He’s worked in several fields of behavioral health, including transitioning teenagers into adulthood, high needs case management, substance abuse, and preparing parents to foster and adopt.